Following eleven successful conferences in Austria and three inspiring conferences in Singapore, Hong Kong and South Korea, we are looking forward to continuing the forum in Asia for exchange of ideas, networking, and collaboration. We are very pleased to announce the following keynote speakers and would like to highlight their talks.

Creating Polarization as a Political Strategy in an Authoritarian Context 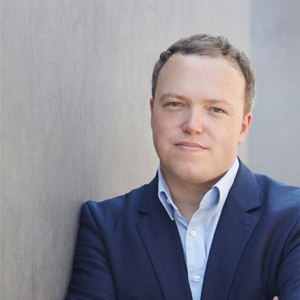 Winning at all Cost: The Future of Democratic Elections

END_OF_DOCUMENT_TOKEN_TO_BE_REPLACED

This was CeDEM17.
Keynotes, Workshops, Panels. CeDEM is the international Conference for e-Democracy and Open Government. It brings together e-democracy, e-participation and open government specialists working in academia, politics, government and business to critically analyse the innovations, issues, ideas and challenges in the networked societies of the digital age. CeDEM17 was at the Danube University Krems from 17th to May 19th 2017 with our keynote-speaker Ines Mergel, Todd O’Boyle, Keren Flavell and Dave Karpf.

Have a look at our CeDEM17 summary with all keynotes, workshops and photos. Our big reccomm You can also watch our WINE&TALK videos with CeDEM17 guests and speaker to topics around Open Government and Innovation.

We were pleased to have and hear the following keynotes:

Keep on reading for the summaries of their keynotes!

END_OF_DOCUMENT_TOKEN_TO_BE_REPLACED

Behind the Scenes:
Information Flows in Networks

Among Nahon’s research interests are information flows, natural gate keeping and inequalities in cultural technologies. She is also co-author of the book “Going Viral” and on several boards striving to make information more transparency.

Information flows are a way for us to have traces, which can help us understanding the interrelations between technologies and social structures. How can viral information flows impact social structures? Information flow is also a mechanism to both reproduce social norms, but also to transform them. One example of viral movies is the Gangnam Style music video, which reproduces the values we already know. On the other hand, we find a subtle criticism of the capitalist system in Korea. END_OF_DOCUMENT_TOKEN_TO_BE_REPLACED

The CEDEM13 Conference on eDemocracy and Open Government in Krems just started, this year with two keynotes from overseas:

Beth Noveck (@bethnoveck) and Tiago Peixoto (@participatory).
We will upload brief summaries of the keynotes and several sections on this blog, later on there will also be slides on slideshare available. Enjoy the conference and your time in Krems!

“Pessimism of the Intellect and Open Government”

There is a logical fallancy called „argumentum ad novitatem“ meaning that new things are sold to be more appealing, alongside the notion of semantic plasticity: new terms are adapted conveniently without explanation of their real meaning, and narrowly used language can confuse supporters, prevent focus and be the enemy of long term success.

Coming up with new names is no problem per se, however, looking at the field of eParticipation, Peixoto criticised that this term is techo-deterministic, biased, under-theorized and methodologically immature. One task thus would be to connect with the participation field, but beyond the Habermasian. We should also be looking at matters of epistemic democracy instead of theories of crowdsourcing to find out under what circumstances crowds can produce knowledge etc., and at theories that are already there. (going with the pessimism of the intellect, but the optimism oft he will J). END_OF_DOCUMENT_TOKEN_TO_BE_REPLACED