Summary of the EaP eDemocracy Conference “Politics in the Digital Age”

The Danube University Krems, Department for E-Governance, and the Tallinn University of Technology, Ragnar Nurkse Department of Innovation and Governance, hosted the EU’s Eastern Partnership eDemocracy Conference on ‘Politics in the Digital Age’ under the auspices of the Austrian Presidency of the Council of the EU. The conference provided an opportunity for experts from academia, governments and civil society from the EU’s member states and in particular the EU’s Eastern partner countries – Armenia, Azerbaijan, Belarus, the Republic of Moldova, Georgia, and Ukraine – the opportunity to discuss the the topics of participation, inclusion, and transparency in eDemocracy. The conference was coordinated by Noella Edelmann, Department for Governance and Public Administration.

Conference participants were welcomed by Noella Edelmann, Scientific Coordinator of the Conference. The conference was openend by Gerald Steiner, Dean of the Faculty of Business and Globalization, Thomas Buchsbaum, Special Envoy on Eastern Partnership & Representative of the Austrian EU Presidency, Jacopo Leone, OSCE/ODIHR  and Robert Krimmer, TalTech, Tallinn University of Technology. 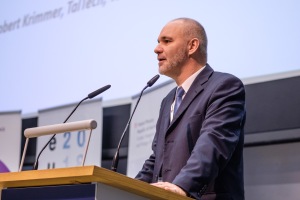 Political Communication in the Digital Sphere, Digital Transparency for Accountability &

Stakeholder Involvement in the Political Sphere

The keynotes considered the ways digital technology, digital culture transform societies and their governments, and lead to better services, increased transparency and accountability. In his keynote Rasto Kuzel from MEMO98 (Slovakia) consideres the role of mass media in political communication, how it has  changed in recent years and what implications these changes have on democratic institutions. Here he spoke about the issue of media manipulation, populism on platforms, campaigning, fake news and Trumps use of social media. He points out the particular role of social media in political elections, by drawing on his extensive practical experiences gained from the observation of election observation and international organisations. Social media changes political communciation provides access to information and news and is important for the integrity of the election procees, by reporting and providing a platform. It allows candidates to communicate and reach the audience, monitor and report results. And whilst 2.2 billion people who Facebook, user behaviour and expectations varies, for example to according to age . He shows the advantages, points out the lessons learned so far as well as the dangers that have to be kept in mind.

What are the benefits of digital tools? Alexander Trechsel (University of Lucerne) considers how transparency impacts the accountability of elected governments and the public administration serves as a fundamental principle of democratic societies. He draws on the CoE principles of good governance, especially on its principle 4 transparency and accountability.  Citizens are to have access to all government infomration that is not classified as secret,and freedom of information is seen as paramount for transparency and to enable participation. But this has opened a Pandora’s box. Administrations are to be smoother, more efficient, more transparent or simply “better”, and citizens can access more public data than ever before. In his keynote, Alexander considers some of these issues and concerns such as data storage, GDPR which are not just about regulation, but about politics and power.

Involvement and engagement are complex and Elke Löffler, Unviersity of Birmingham, looks at co-production in communities as supporting meaningful public participation in political decision-making. What are the practical implications for the design of legitimate and effective involvement? Who are the different stakeholders, what roles do they have in the processes and how can they be encouraged to participate? She considers co-production a “fetish” term in engage, it is to help efficiently use resources, bring people in to civil society and public services and thus achieve  social inclusion. Co-producing with the conference participants and drawing several example to show that one the one hand there are several objectives to be achieved, but at the same time there are several barriers to co-production. Nonetheless her research reveals that there are several initiatives, that more is happening than is assumed, and, most critically, that a lack of evaluation leads to a misunderstanding as to what can be done and what can be achieved. 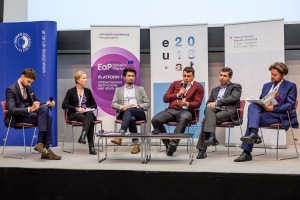 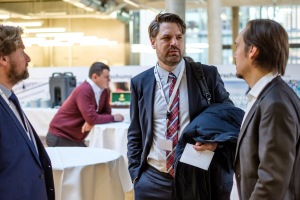 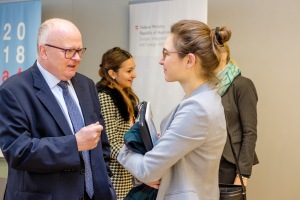 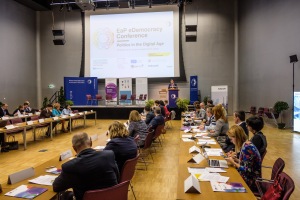 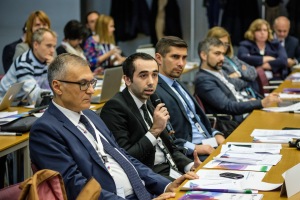 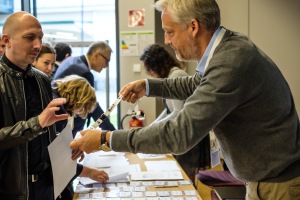 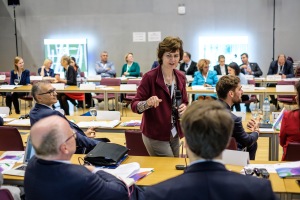 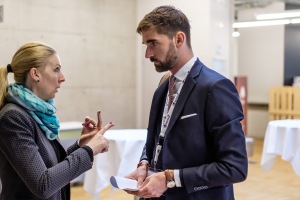 This event is co-organised by: